The competitive puzzle word game Battlexic has recently appeared on Android. This is a merciless battle of words between you and your friend or a random opponent somewhere in the world. All you have to do is form a word branch on the playing field all the way to your opponent’s side, but this is easier said than done.

The game board is similar to one of those word search games, but you can find words in any direction – up / down, left / right, or diagonal. In addition, the direction can be changed at any point in the word, which allows one entrance to the serpentine around the board. Also, there is no specific list of words to find. You can find any word you can. It is validated by the game’s built-in dictionary. You can only start a new word with a square of your color. Once you make a word, all letters of the word turn to your color and you have more opportunity to make new words. Check out the vanguard hack which is released for its multiplayer versions.

The competitive nature comes into play when your words stem towards the opponent’s side. You may have a good branch, but the opponent’s clever move can cut you off by taking one of your letter squares. It is a turn-based game with asynchronous play. This way you can make a move and your opponent will be notified so he or she can get around to it when they have a moment. This keeps Battlexic from taking too much of your time unless you want it to. You can choose to play multiple games at the same time.

Battlexic is a competitive game with weekly, monthly, and all-time leaderboards. Each player has comprehensive statistics that can be compared to your own. You can brag about your moves or trash-talk with your opponent using the built-in chat.

Battlexic manages to take a simple vocabulary puzzle and make it as challenging and addictive as a game of Chess. You don’t even need to be a linguistic genius – it’s not about the longest or smartest word. You have a very specific goal – to reach the other side by using strategy to get to the goal and prevent your opponent from doing the same. 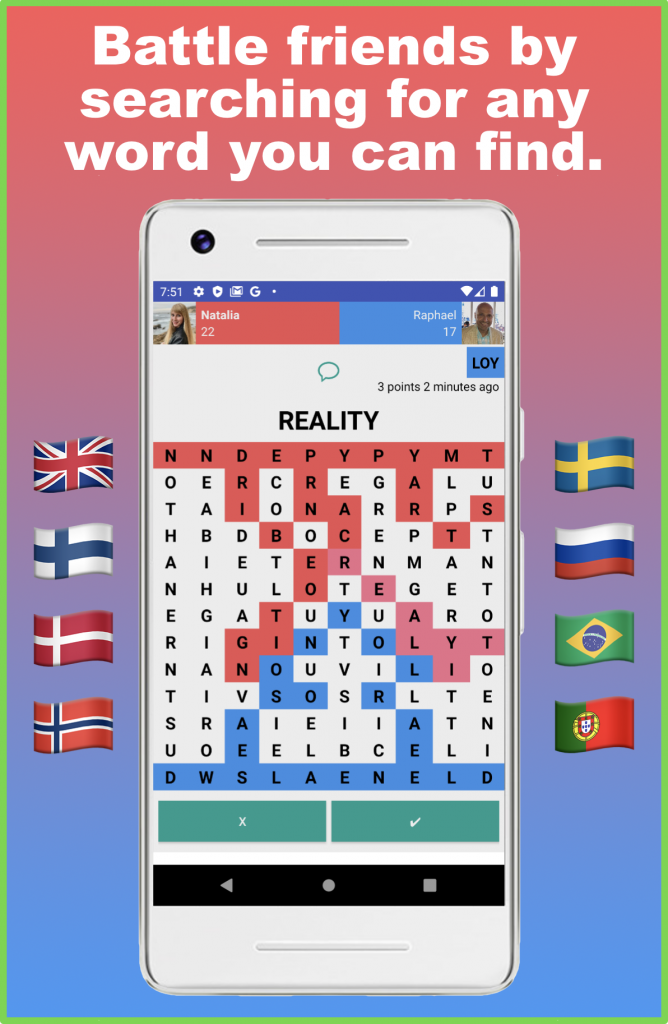