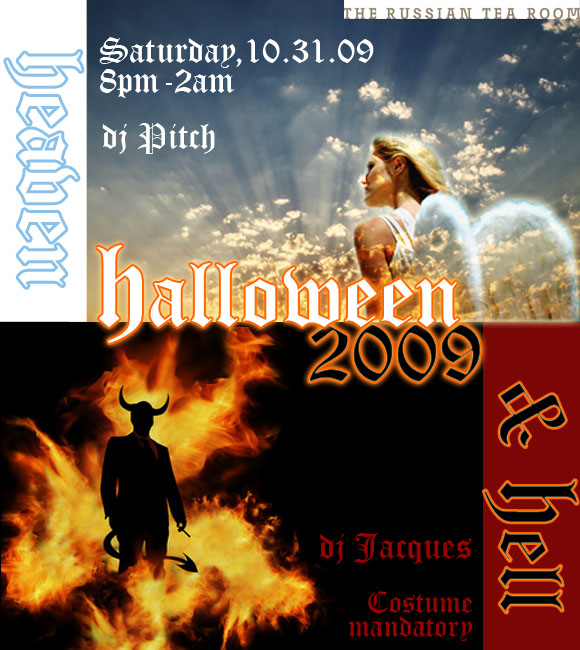 French Tuesdays hosted the “Heaven & Hell” Halloween Party at the Russian Tea Room. The party took place in two rooms – Heaven and Hell on two separate floors of Russian Tea Room. The arriving guests were escorted to Purgatory which is yet on another floor. In Purgatory St. Pierre sentenced the guests to either Heaven or Hell by giving them the appropriate wrist band. Then the guests were escorted to either Heaven or Hell.

For those naughty guests who would like to be able to go from Heaven to Hell, they would need to go to the Bureau of Bad Actions and perform their action in front of Devil’s daughter. If the action was bad enough for her, she would give them the wrist band to be admitted to Hell.

Heaven and Hell had its own DJ and it was fun being in both places.